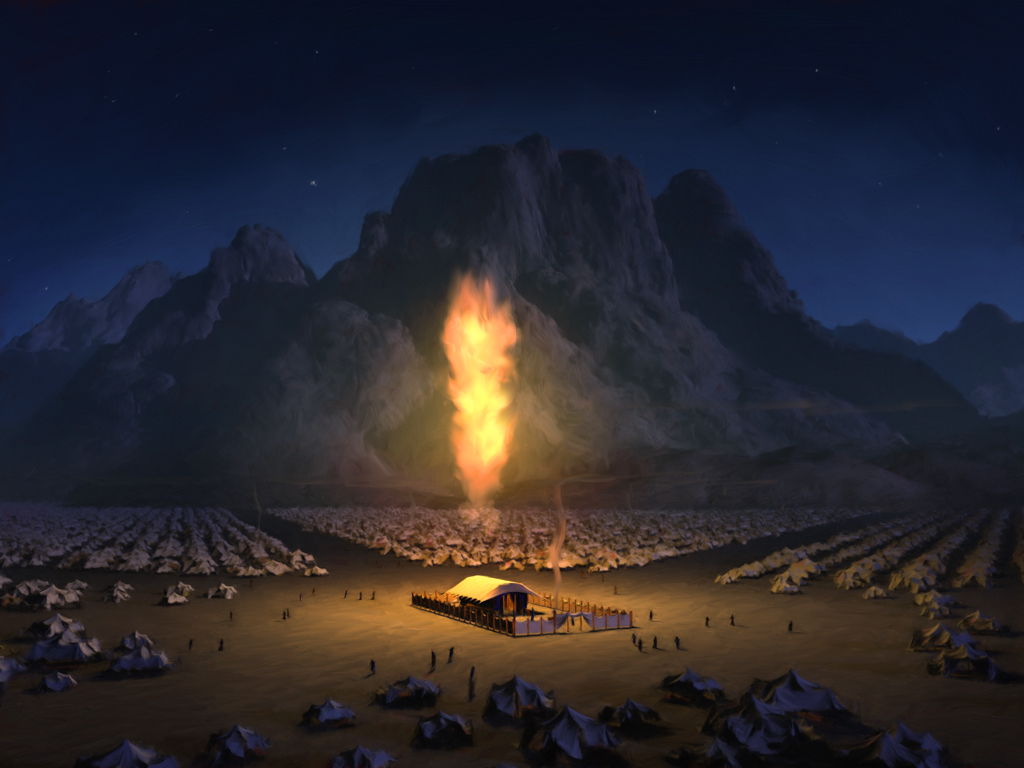 5 The man Micah had a shrine, and made an ephod and household idols; and he consecrated one of his sons, who became his priest. 6 In those days there was no king in Israel; everyone did what was right in his own eyes.  7 Now there was a young man from Bethlehem in Judah, of the family of Judah; he was a Levite, and was staying there. 8 The man departed from the city of Bethlehem in Judah to stay wherever he could find a place. Then he came to the mountains of Ephraim, to the house of Micah, as he journeyed. 9 And Micah said to him, “Where do you come from?”  So he said to him, “I am a Levite from Bethlehem in Judah, and I am on my way to find a place to stay.”  10 Micah said to him, “Dwell with me, and be a father and a priest to me, and I will give you ten shekels of silver per year, a suit of clothes, and your sustenance.” So the Levite went in. 11 Then the Levite was content to dwell with the man; and the young man became like one of his sons to him. 12 So Micah consecrated the Levite, and the young man became his priest, and lived in the house of Micah. 13 Then Micah said, “Now I know that the Lord will be good to me, since I have a Levite as priest!”

The Glory at Mt. Sinai

Exodus 24:16–18 (NKJV) 16 Now the glory of the Lord rested on Mount Sinai, and the cloud covered it six days. And on the seventh day He called to Moses out of the midst of the cloud. 17 The sight of the glory of the Lord was like a consuming fire on the top of the mountain in the eyes of the children of Israel. 18 So Moses went into the midst of the cloud and went up into the mountain. And Moses was on the mountain forty days and forty nights.

Moses saw a manifestation of Yahweh at the burning bush in the Midianite desert.  His glory caused Moses to take off his shoes (sandals).

Here, on Mt. Sinai, the presence of the Lord (the glory of the Lord) descended on Mt. Sinai, and Moses went up and spent forty days and nights.  When he came down from the mountain, his face shown and he had to put a veil over his face, and the people were afraid.

The Glory at the Promised Land

Numbers 14:20–24 (NKJV)  20 Then the Lord said: “I have pardoned, according to your word; 21 but truly, as I live, all the earth shall be filled with the glory of the Lord—22 because all these men who have seen My glory and the signs which I did in Egypt and in the wilderness, and have put Me to the test now these ten times, and have not heeded My voice, 23 they certainly shall not see the land of which I swore to their fathers, nor shall any of those who rejected Me see it. 24 But My servant Caleb, because he has a different spirit in him and has followed Me fully, I will bring into the land where he went, and his descendants shall inherit it.

The Glory in the Temple

The Glory High and Low

Psalm 138:4–7 (NKJV)  4 All the kings of the earth shall praise You, O Lord,  When they hear the words of Your mouth.  5 Yes, they shall sing of the ways of the Lord, For great is the glory of the Lord.  6 Though the Lord is on high, Yet He regards the lowly; But the proud He knows from afar.  7 Though I walk in the midst of trouble, You will revive me; You will stretch out Your hand Against the wrath of my enemies, And Your right hand will save me.

The Glory at the Incarnation

Luke 2:8–9 (NKJV)  8 Now there were in the same country shepherds living out in the fields, keeping watch over their flock by night. 9 And behold, an angel of the Lord stood before them, and the glory of the Lord shone around them, and they were greatly afraid.

Revelation 5:13–14 (NKJV)  13 And every creature which is in heaven and on the earth and under the earth and such as are in the sea, and all that are in them, I heard saying:  “Blessing and honor and glory and power Be to Him who sits on the throne, And to the Lamb, forever and ever!”  14 Then the four living creatures said, “Amen!” And the twenty-four elders fell down and worshiped Him who lives forever and ever.

Glory in the Lord

Living for His Glory

5 Will You be angry with us forever? Will You prolong Your anger to all generations?

6 Will You not revive us again, That Your people may rejoice in You?

7 Show us Your mercy, Lord, And grant us Your salvation.

8 I will hear what God the Lord will speak, For He will speak peace To His people and to His saints; But let them not turn back to folly.

9 Surely His salvation is near to those who fear Him, That glory may dwell in our land.

Let His glory dwell in the land

10 Mercy and truth have met together; Righteousness and peace have kissed.

11 Truth shall spring out of the earth, And righteousness shall look down from heaven.

12 Yes, the Lord will give what is good; And our land will yield its increase.

13 Righteousness will go before Him, And shall make His footsteps our pathway.

Bow Before His Glory

6 Oh come, let us worship and bow down;

Let us kneel before the Lord our Maker.

And we are the people of His pasture,

And the sheep of His hand.

9 Therefore God also has highly exalted Him and given Him the name which is above every name, 10 that at the name of Jesus every knee should bow, of those in heaven, and of those on earth, and of those under the earth, 11 and that every tongue should confess that Jesus Christ is Lord, to the glory of God the Father.