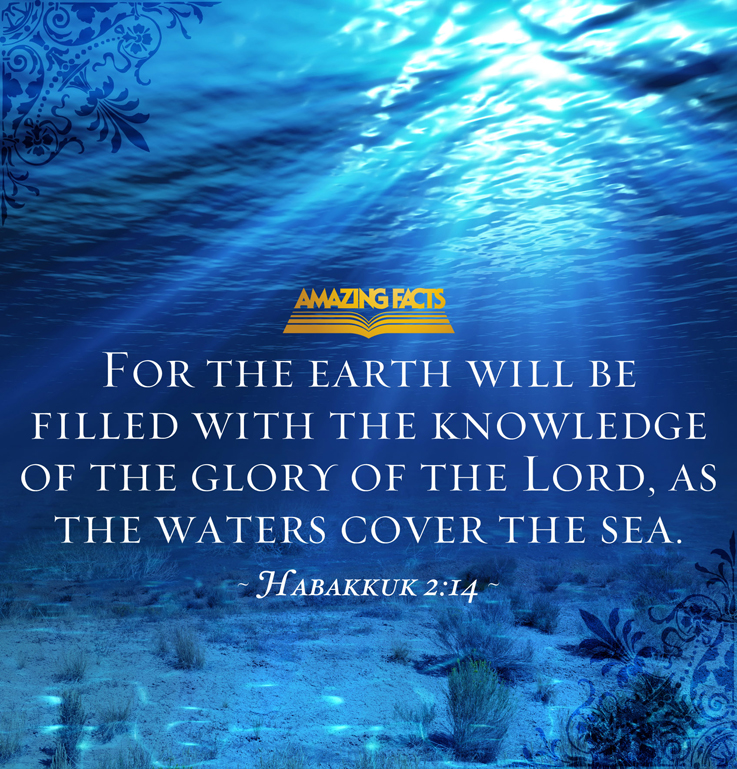 12 “Woe to him who builds a town with bloodshed,

Who establishes a city by iniquity!

13 Behold, is it not of the Lord of hosts

That the peoples labor to feed the fire,

And nations weary themselves in vain?

14 For the earth will be filled

With the knowledge of the glory of the Lord,

As the waters cover the sea.

This third statement of judgment is characterized as a “woe” to evil and violence used to build a city or an empire.  It is like running a bulldozer over anything in the path to success.  However, that success will go up in flames, and God will rule and reign, as the knowledge of Him “fills the earth.”

15 “Woe to him who gives drink to his neighbor,

Pressing him to your bottle,

Even to make him drunk,

That you may look on his nakedness!

16 You are filled with shame instead of glory.

And be exposed as uncircumcised!

The cup of the Lord’s right hand will be turned against you,

And utter shame will be on your glory.

17 For the violence done to Lebanon will cover you,

And the plunder of beasts which made them afraid,

Because of men’s blood

And the violence of the land and the city,

And of all who dwell in it.

18 “What profit is the image, that its maker should carve it,

The molded image, a teacher of lies,

That the maker of its mold should trust in it,

The fourth woe of this chapter speaks to drunkenness and lewdness.  One who gets another drunk, and then looks on their nakedness, is reminiscent of Noah’s drunkenness, and Lot’s daughers.  This has always been seen as sinful.  Plunder of another’s land or taking advantage of anyone is action worthy of judgment.  Woe is coming.

To silent stone, ‘Arise! It shall teach!’

Behold, it is overlaid with gold and silver,

Yet in it there is no breath at all.

Let all the earth keep silence before Him.”

The fifth woe speaks directly to the sin of idolatry.  The foreign nation who brings their false idols to God’s people will be judged.  This woe ends with a statement that the Lord, the true God and not an idol, is in His temple.  He is alive and true and all will keep silence before Him.

What is the purpose of these “woes?”  The real reason for these warnings is to bring attention to the sinful lifestyles of the people who opposed God and the punishment that will be measured out because of them.  There is also the purpose of pointing people to God as the Lord of the earth.  He is the Lord of all, and must be known and worshipped.  However, there is also the hope that this will help others understand the need for repentance and holy living that will reduce the need for punishment.  When one lives for God, His blessings follow.  When one lives for self in sin, the woes follow.  Live for God!