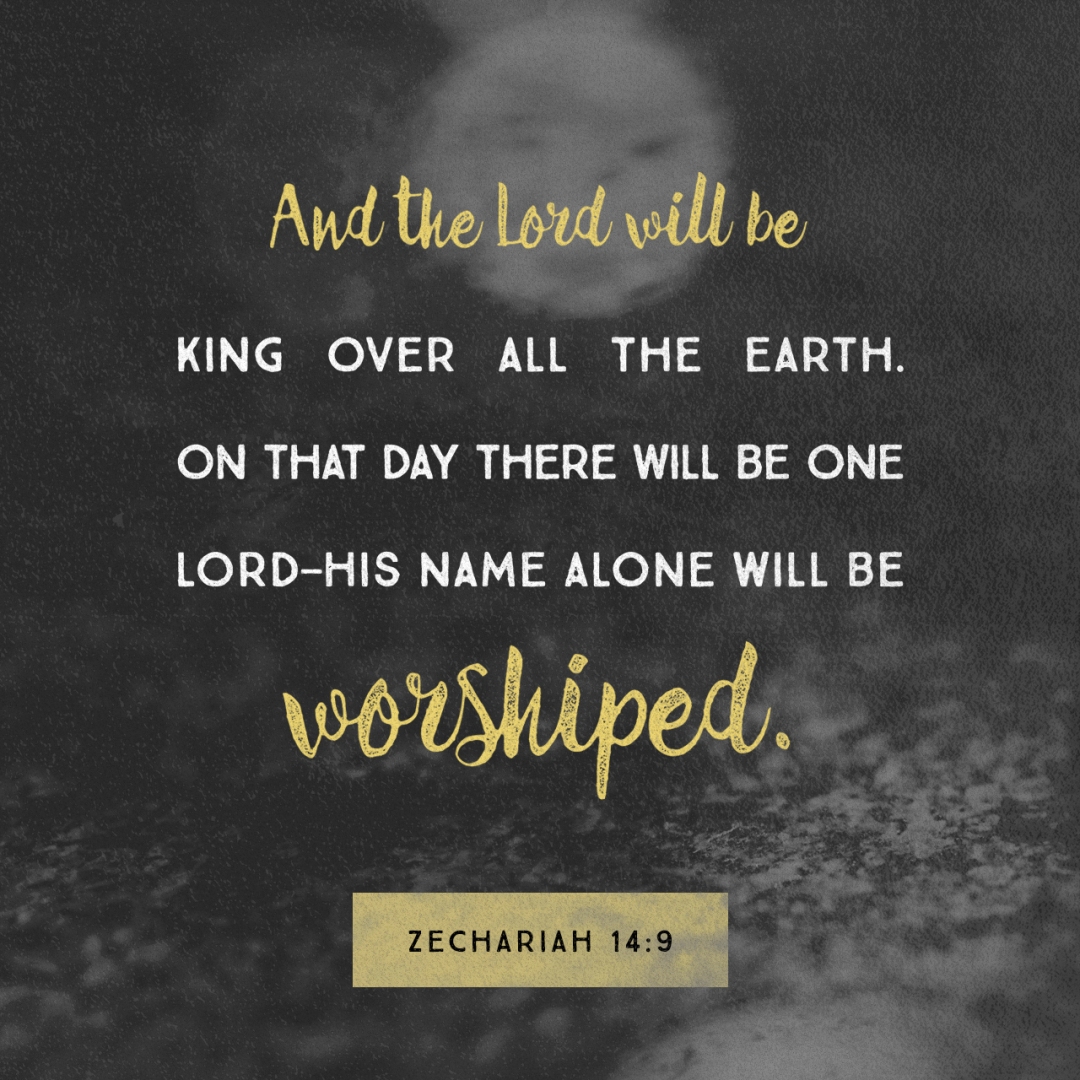 The God of War

8 And in that day it shall be—

That living waters shall flow from Jerusalem,

Half of them toward the eastern sea

And half of them toward the western sea;

In both summer and winter it shall occur.

9 And the Lord shall be King over all the earth.

In that day it shall be

And His name one.

At the end of the prior passage, Zechariah declares that in Jerusalem, there will be no night, and no clouds or rain.  This picture of Jerusalem in the eschaton very much parallels the New Jerusalem, or–at the very least–a vision of Jerusalem during the millennial reign.  Living waters will flow east and west, and the Lord will be King over all the earth.  He will be worshipped, and Him alone.

10 All the land shall be turned into a plain from Geba to Rimmon south of Jerusalem. Jerusalem shall be raised up and inhabited in her place from Benjamin’s Gate to the place of the First Gate and the Corner Gate, and from the Tower of Hananel to the king’s winepresses.

11 The people shall dwell in it;

And no longer shall there be utter destruction,

But Jerusalem shall be safely inhabited.

This picture speaks of peace in Jerusalem, and restoration.  Safety has come and all is well.

12 And this shall be the plague with which the Lord will strike all the people who fought against Jerusalem:

Their flesh shall dissolve while they stand on their feet,

Their eyes shall dissolve in their sockets,

And their tongues shall dissolve in their mouths.

13 It shall come to pass in that day

That a great panic from the Lord will be among them.

Everyone will seize the hand of his neighbor,

And raise his hand against his neighbor’s hand;

14 Judah also will fight at Jerusalem.

And the wealth of all the surrounding nations

Shall be gathered together:

15 Such also shall be the plague

On the horse and the mule,

On the camel and the donkey,

And on all the cattle that will be in those camps.

So shall this plague be.

This last section of the passage is a bit difficult, but tells of a plague and warfare that is to come.  It speaks of the enemies of God being destroyed and the wealth of the nations coming into Jerusalem.  Judah will fight, it seems, for Jerusalem, and God will bring the victory.  The last days plight of Israel and Judah is clear in the overall picture of eschatological literature.  They do have a place, and they will be part of the story.  However, this message again, as so much of the Word of God does, tells us of the work of God to preserve and protect His people.  God is our champion.  He will fight for us and save us if we trust and obey Him.  He will provide miraculous and awesome means for our defense.  Trust, obey, believe in the God of War!

One thought on “The God of War”