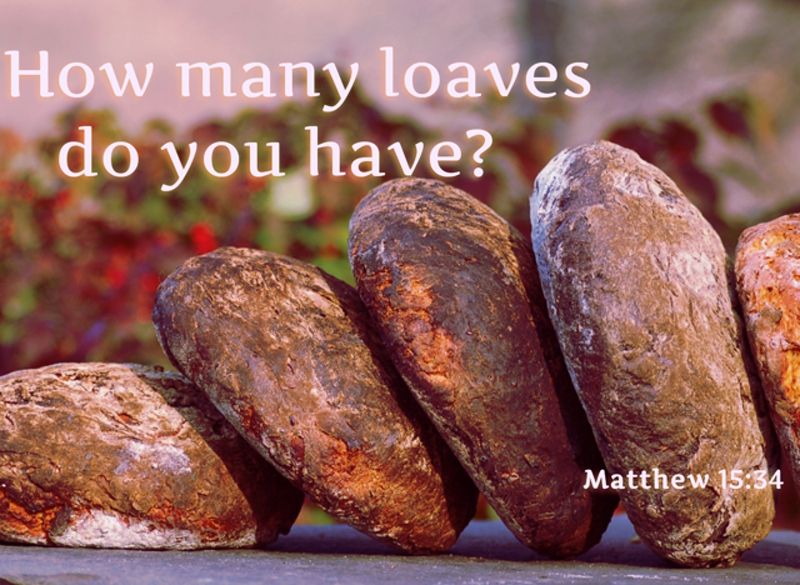 29 Jesus departed from there, skirted the Sea of Galilee, and went up on the mountain and sat down there. 30 Then great multitudes came to Him, having with them the lame, blind, mute, maimed, and many others; and they laid them down at Jesus’ feet, and He healed them. 31 So the multitude marveled when they saw the mute speaking, the maimed made whole, the lame walking, and the blind seeing; and they glorified the God of Israel.

Jesus continued to meet the needs of those who came to see Him in the area surrounding the Sea of Galilee. Jesus healed many that came to Him and the healed people walking around Galilee became a testimony to the power of God moving in Israel.

32 Now Jesus called His disciples to Himself and said, “I have compassion on the multitude, because they have now continued with Me three days and have nothing to eat. And I do not want to send them away hungry, lest they faint on the way.”

33 Then His disciples said to Him, “Where could we get enough bread in the wilderness to fill such a great multitude?”

And they said, “Seven, and a few little fish.”

35 So He commanded the multitude to sit down on the ground. 36 And He took the seven loaves and the fish and gave thanks, broke them and gave them to His disciples; and the disciples gave to the multitude. 37 So they all ate and were filled, and they took up seven large baskets full of the fragments that were left. 38 Now those who ate were four thousand men, besides women and children. 39 And He sent away the multitude, got into the boat, and came to the region of Magdala.

For a second time, Jesus sees the hungry multitude and has compassion on them. He asks how much food they have, and the result is not much more plentious than the last time He fed a multitude. Seven loaves and a few fish could never be enough to feed four thousand men and their wives and children, right? Yet Jesus gave thanks, broke them, and began distributing them. Much like the miraculous provision of grain and oil for the widow, or the unending cruse of oil for the widow with sons in the Old Testament, this food supply did not run out until all were fed. Seven baskets were left over.

Some say that the number seven signifies God’s perfection, which would be a statement of His perfect provision for this multitude. Whatever you have need of today, God has the perfect provision for you as well. Sick, crippled, hungry, or blind, God will provide. Trust Him today and be healed!