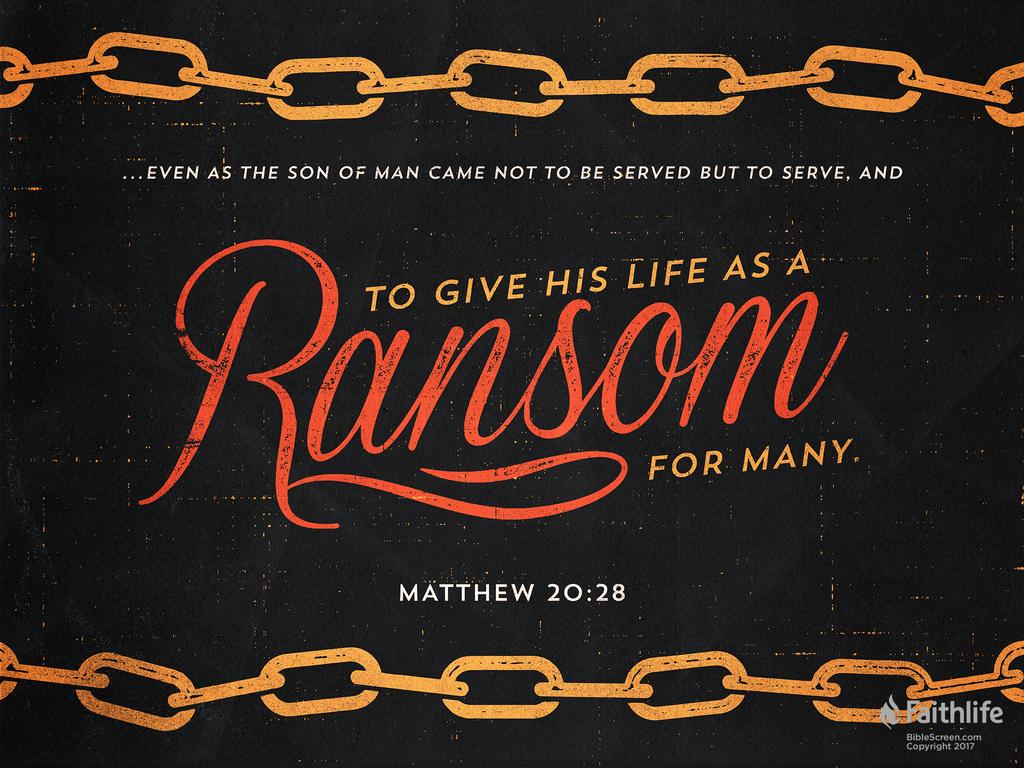 20 Then the mother of Zebedee’s sons came to Him with her sons, kneeling down and asking something from Him.
21 And He said to her, “What do you wish?”
She said to Him, “Grant that these two sons of mine may sit, one on Your right hand and the other on the left, in Your kingdom.”

Right after Jesus announced His impending trial, crucifixion, and resurrection, the mother of two of His key disciples makes a very stark request: Make my sons your numbers one and two in the kingdom. While this was probably a common request in the days of Christ (the sons of Zebedee were possibly related to Mary the Mother of Jesus, and were at least in Jesus’ inner circle), it seems to fly in the face of the example Jesus is setting with His willingness to die for His disciples and the world.

Jesus answers them with the reminder that this type of authority is for the Father to bestow, but that they would surely suffer the same fate as Jesus, and die for the cause of Christ. This was not the response they were looking for, but it was the response that fit with the kingdom mentality Jesus was teaching.

24 And when the ten heard it, they were greatly displeased with the two brothers. 25 But Jesus called them to Himself and said, “You know that the rulers of the Gentiles lord it over them, and those who are great exercise authority over them. 26 Yet it shall not be so among you; but whoever desires to become great among you, let him be your servant. 27 And whoever desires to be first among you, let him be your slave—28 just as the Son of Man did not come to be served, but to serve, and to give His life a ransom for many.”

The rest of the disciples were indignant toward the sons of Zebedee when they heart this exchange, and Jesus took the opportunity for a teachable moment. He told them that this power-hungry Gentile mentality was not to be emulated in the kingdom of heaven. Instead, those with ambition should purpose to be servants, just as Jesus had purposed to do by dying on the cross and giving Himself as a ransom for many.

Jesus then leads them out of Jericho and offers a prime example of servanthood. Two blind men, of little value to society and without social status, cried out to Jesus. They were told not to bother Him, which was fitting for someone of lower status seeking to bother a Teacher such as Christ. However, Jesus called for them and healed their eyes so that they could see. This selfless, unassuming act showed the disciples how they should minister, with no ulterior motive or desire for status. Ambition is fine, but must be funneled through the lens of Christ. Ambition must not be for selfish gain or fame, but for the glory of God alone.