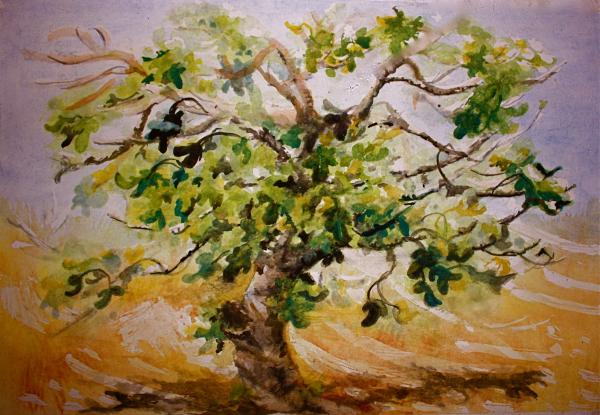 Jesus alludes to a current event, a recent event, and a parable to point souls to repentance. Pilate mingled the blood of Galileans with their sacrifices, and a tower fell on Jews in Siloam. This did not prove that they were worse sinners, according to Jesus’ evaluation. No, instead, it is a common fate to anyone that does not repent that they will be punished for their sins. He then shares the parable of the fig tree that did not produce and was marked for destruction, but the steward asked permission to cultivate around it one more year. The owner gave him the opportunity, but kept its fate set unless it bore fruit in that year. This judgment comes historically, presently, and on the final judgment day.

While this is an ominous exchange, Jesus meant it to drive home the point that no one is outside the reach of judgment and justice without the act of repentance. This is true, genuine, heartfelt repentance He speaks of, but nevertheless a turning from sin to righteousness, from evil to good, from self and Satan to God Almighty. Have you repented? Have you turned away from the sinfulness of your past unto the glorious light of your future in Christ? Walk with Him and live while there is time! While this “one more year” passage is filled with grace, it is also a stark reminder that life is short, and time is short, so do not delay. Turn to Christ today!