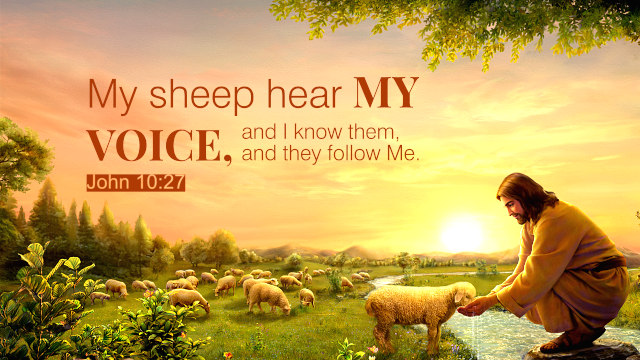 The Feast of Dedication in the third year of Jesus’ ministry was the occasion for another physical and philosophical confrontation between Jesus and the Jews. In this account, the Jews try to pin Jesus down for a confirmation of His self-identification. When they do not like His response, they attempt to stone Him, but once again are unable to stop Jesus before His time.

22 Now it was the Feast of Dedication in Jerusalem, and it was winter. 23 And Jesus walked in the temple, in Solomon’s porch. 24 Then the Jews surrounded Him and said to Him, “How long do You keep us in doubt? If You are the Christ, tell us plainly.”
25 Jesus answered them, “I told you, and you do not believe. The works that I do in My Father’s name, they bear witness of Me. 26 But you do not believe, because you are not of My sheep, as I said to you. 27 My sheep hear My voice, and I know them, and they follow Me. 28 And I give them eternal life, and they shall never perish; neither shall anyone snatch them out of My hand. 29 My Father, who has given them to Me, is greater than all; and no one is able to snatch them out of My Father’s hand. 30 I and My Father are one.”

In this section of the passage, Jesus is confronted by the Jews for a definitive statement concerning whether He is the Christ. He confirms their suspicion as to His feelings about His identity. He shares the iconic words about His sheep hearing His voice and following Him, thereby excluding them from that group. He declares the security of those who do believe. The Father keeps the sheep in the palm of His hand!

31 Then the Jews took up stones again to stone Him. 32 Jesus answered them, “Many good works I have shown you from My Father. For which of those works do you stone Me?”
33 The Jews answered Him, saying, “For a good work we do not stone You, but for blasphemy, and because You, being a Man, make Yourself God.”
34 Jesus answered them, “Is it not written in your law, ‘I said, “You are gods” ’? 35 If He called them gods, to whom the word of God came (and the Scripture cannot be broken), 36 do you say of Him whom the Father sanctified and sent into the world, ‘You are blaspheming,’ because I said, ‘I am the Son of God’? 37 If I do not do the works of My Father, do not believe Me; 38 but if I do, though you do not believe Me, believe the works, that you may know and believe that the Father is in Me, and I in Him.” 39 Therefore they sought again to seize Him, but He escaped out of their hand.

In their horror, the Jews react to Jesus’ presumed blasphemy and His rebuke of their lack of faith by picking up stones for the purpose of killing Jesus. He asks for what He is being judged, for His works are good. He uses their own writings to justify His words, and then asks them to simply judge Him based on His works. However, they further sought to seize Him, but they (again) were unable to take hold of Him. Jesus would not be taken before His time. His life was not to be taken, but rather He would lay it down.

Jesus came for a purpose, for which He would not be denied. He was, is, and will always be, God. Therefore, His purpose is sure and will be completed. Trust that Jesus will not fail you, nor will He be stopped before the completion of His will and plan for your life. Hear His voice. Follow Him. Know that what He promised, He will do. When confrontation comes, do not worry about defending yourself. Instead, realize that if Jesus was confronted, you will be confronted. If Jesus survived, you will survive. If they could not take Him before His time, they cannot take you before your time. Jesus is the Lord of your confrontations, not man!