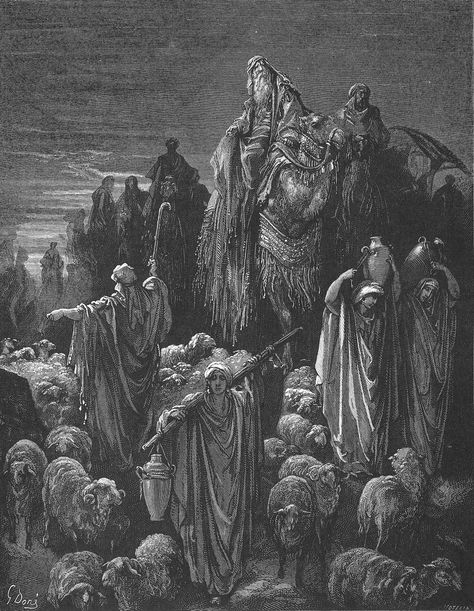 9 “And the patriarchs, becoming envious, sold Joseph into Egypt. But God was with him 10 and delivered him out of all his troubles, and gave him favor and wisdom in the presence of Pharaoh, king of Egypt; and he made him governor over Egypt and all his house. 11 Now a famine and great trouble came over all the land of Egypt and Canaan, and our fathers found no sustenance. 12 But when Jacob heard that there was grain in Egypt, he sent out our fathers first. 13 And the second time Joseph was made known to his brothers, and Joseph’s family became known to the Pharaoh. 14 Then Joseph sent and called his father Jacob and all his relatives to him, seventy-five people. 15 So Jacob went down to Egypt; and he died, he and our fathers. 16 And they were carried back to Shechem and laid in the tomb that Abraham bought for a sum of money from the sons of Hamor, the father of Shechem.

Stephen continues his recounting of Israel’s history by speaking of another patriarch, Joseph, whose dreams got him in the bad graces of his brothers, but which also sent him ahead to Egypt to save his family from a great famine and establish him as a national leader. While along the same lines, this story addresses a different aspect of faith. Joseph had dreams that did not necessarily spell out his destiny as clearly as Abraham’s instructions did, but yet Joseph was faithful to believe God for the fruition of those dreams.

Looking back on them now, we might say that the dreams were clear and purposeful, but how would a young man, perhaps still a teenager, know to stand true to a God that showed him bales of grain bowing to another bail of grain, and stars bowing to other stars? Joseph had to trust God for these dreams to come to something significant even in the face of sibling ostracism and violence, imposed slavery, false accusations, and unrighteous imprisonment. These dreams helped Joseph ascend to a place of authority that saved perhaps millions of people from death due to famine. Just think of what God can do for you and through you if you will hold onto the dreams He is giving you. Be a dreamer, for your dreams just may save a nation or a family when they come to pass!