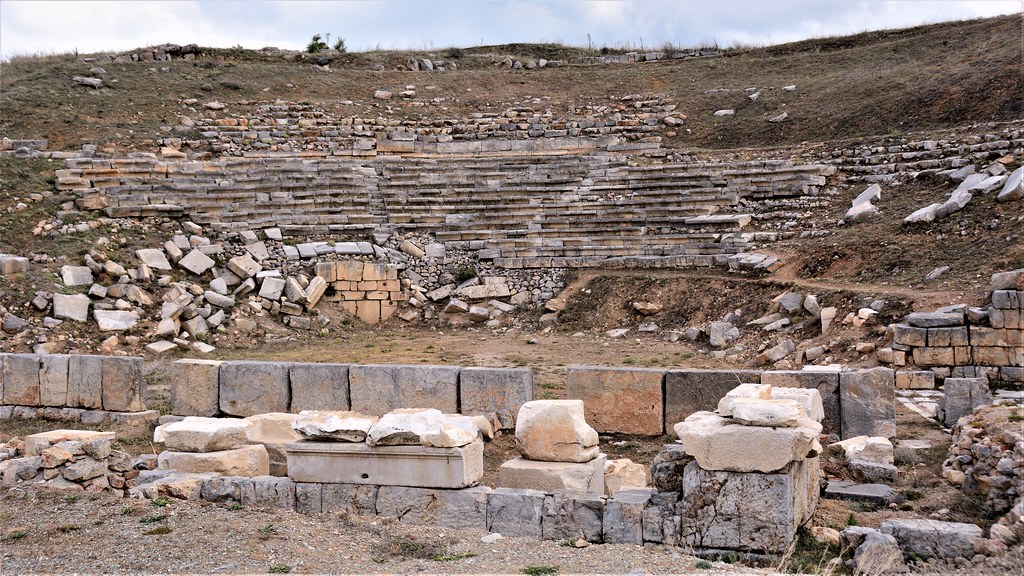 The Mission to the World

26 “Men and brethren, sons of the family of Abraham, and those among you who fear God, to you the word of this salvation has been sent. 27 For those who dwell in Jerusalem, and their rulers, because they did not know Him, nor even the voices of the Prophets which are read every Sabbath, have fulfilled them in condemning Him. 28 And though they found no cause for death in Him, they asked Pilate that He should be put to death. 29 Now when they had fulfilled all that was written concerning Him, they took Him down from the tree and laid Him in a tomb. 30 But God raised Him from the dead. 31 He was seen for many days by those who came up with Him from Galilee to Jerusalem, who are His witnesses to the people.

Paul continues his sermon to the people in Antioch of Pisidia by personalizing the message. Not only did God send Jesus as Messiah to Israel as a nation, but this word of salvation came to the people right in front of him, the people of Antioch of Pisidia. The Jews in Antioch were receiving the first opportunity to believe, although they would not be the only ones to hear of the wonderful good news of salvation. The same Jesus Who died an unjust death for the sins of many in Jerusalem died for all men everywhere, and many witnesses declare the truth of this gospel.

32 And we declare to you glad tidings—that promise which was made to the fathers. 33 God has fulfilled this for us their children, in that He has raised up Jesus. As it is also written in the second Psalm:

‘You are My Son,
Today I have begotten You.’

34 And that He raised Him from the dead, no more to return to corruption, He has spoken thus: ‘I will give you the sure mercies of David.’

35 Therefore He also says in another Psalm: ‘You will not allow Your Holy One to see corruption.’

36 “For David, after he had served his own generation by the will of God, fell asleep, was buried with his fathers, and saw corruption; 37 but He whom God raised up saw no corruption. 38 Therefore let it be known to you, brethren, that through this Man is preached to you the forgiveness of sins; 39 and by Him everyone who believes is justified from all things from which you could not be justified by the law of Moses. 40 Beware therefore, lest what has been spoken in the prophets come upon you:

41 ‘Behold, you despisers,
Marvel and perish!
For I work a work in your days,
A work which you will by no means believe,
Though one were to declare it to you.’ ”

Paul begins to expound on the myriad references to Jesus in the Old Testament, especially the psalms of David. He speaks of the resurrection of Jesus being foretold by David, as he records God’s promises not to allow His Holy One to see corruption, or the decay of His body in death. It is obvious that David did see corruption, dying and remaining in the grave even until now. But Jesus did not, having raised on the third day. In some Jewish thought, the person dying was not truly dead until the fourth day, as the spirit of a person may hover nearby for up to three days. Therefore, with Lazarus, who had been dead four days, had no chance of resurrection without a miracle from God through Christ, which made his raising so spectacular. Jesus, however, rose in three days, making His resurrection one that did not allow for true corruption or decay to touch His body. This statement from David, therefore–according to Paul’s preaching–did not apply to David directly, but rather prophetically to Jesus Christ.

The Jewish people did not accept Christ as a whole. He did not fit their mold for what the Messiah should look like socially, economically, and religiously. However, according to Scriptures such as the ones from the psalms and Habakkuk like referenced here, Jesus fulfilled the prophecies that pointed to the conditions, life, death, and resurrection of the Messiah as foretold for hundreds of years. While the leaders would not receive Him, either through unfounded zeal, jealousy, or fear of losing their status, many Jews believed and Gentiles as well. Jesus was seen as the fulfillment of years of hope, and Paul was His herald. Revival was coming. The heavy thumb of the Jerusalem Jewish leadership did not seem to reach into the missionary field, and Jesus’ message of hope was changing lives in lands afar! World missions began as the persecution of Christians drove them from the land of Jesus’ death with a message of life. The Great Commission was being carried out and the world would be saved.