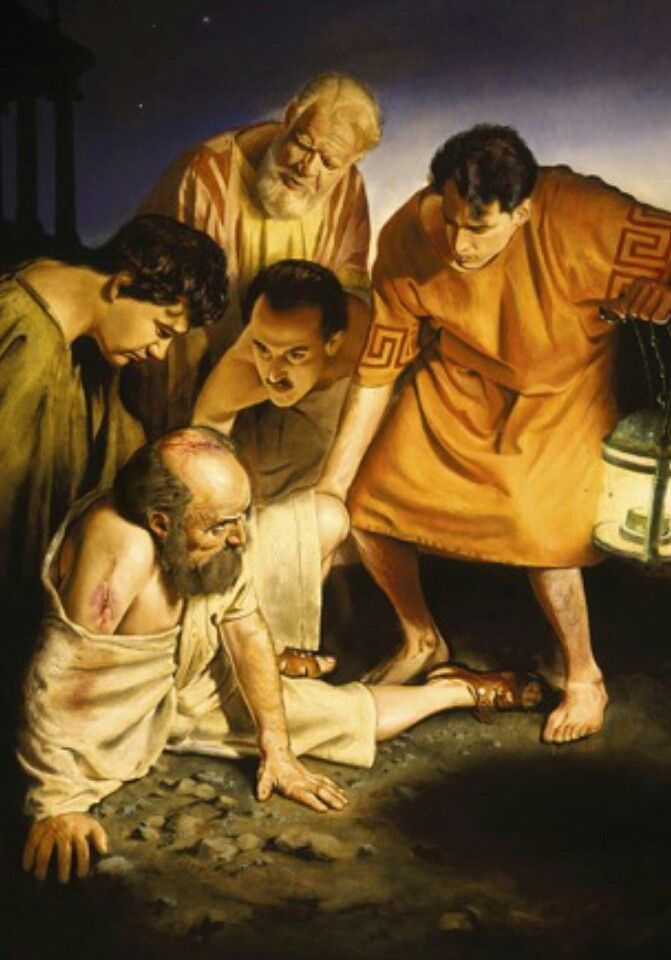 Never Stop, Never Give Up

19 Then Jews from Antioch and Iconium came there; and having persuaded the multitudes, they stoned Paul and dragged him out of the city, supposing him to be dead. 20 However, when the disciples gathered around him, he rose up and went into the city. And the next day he departed with Barnabas to Derbe.

Paul and Barnabus raised more opposition in Lystra, as Jews from the last two cities where they had preached followed them, persuading the people that Paul’s preaching was untrue. The reaction was so violent that they stoned Paul and dragged him out of the city. But he stood up, perhaps dusted off his clothes and wiped the blood from his brow, and walked right back into the city. What a powerful call! What a determination to fulfill God’s purpose! This type of tenacity would result in the coming of salvation to Cilicia and Lycaonia, Pisidia and Pamphylia. Paul was undaunted and firm in his resolve, and the world was exposed to Christ as a result.

21 And when they had preached the gospel to that city and made many disciples, they returned to Lystra, Iconium, and Antioch, 22 strengthening the souls of the disciples, exhorting them to continue in the faith, and saying, “We must through many tribulations enter the kingdom of God.” 23 So when they had appointed elders in every church, and prayed with fasting, they commended them to the Lord in whom they had believed. 24 And after they had passed through Pisidia, they came to Pamphylia. 25 Now when they had preached the word in Perga, they went down to Attalia. 26 From there they sailed to Antioch, where they had been commended to the grace of God for the work which they had completed.
27 Now when they had come and gathered the church together, they reported all that God had done with them, and that He had opened the door of faith to the Gentiles. 28 So they stayed there a long time with the disciples.

Paul’s reverse trip through the region began after journeying to the last city on their trip, Derbe, and establishing the church in each of the cities to which they had visited. So, in Derbe, Lystra, Iconium, and Antioch of Pisidia, Paul and Barnabus established churches, appointing elders in each church after fasting and prayer, and then traveled on to Perga and Attalia, preaching the gospel. Upon completing their journey, they sailed back to Antioch of Syria, the northern base of the Christian church. They gathered the church together and rejoiced over the souls and churches that had been won, and that a door had been opened to the Gentiles. They stayed there in Antioch for some time to recharge before going back out on another missionary journey.

1 And certain men came down from Judea and taught the brethren, “Unless you are circumcised according to the custom of Moses, you cannot be saved.” 2 Therefore, when Paul and Barnabas had no small dissension and dispute with them, they determined that Paul and Barnabas and certain others of them should go up to Jerusalem, to the apostles and elders, about this question.
3 So, being sent on their way by the church, they passed through Phoenicia and Samaria, describing the conversion of the Gentiles; and they caused great joy to all the brethren. 4 And when they had come to Jerusalem, they were received by the church and the apostles and the elders; and they reported all things that God had done with them. 5 But some of the sect of the Pharisees who believed rose up, saying, “It is necessary to circumcise them, and to command them to keep the law of Moses.”

Before they would be sent out again, though, a new conflict arose between the Jewish Christians and the Gentile Christians. Men came from Judea to Antioch and taught that circumcision was necessary for forgiveness of sins and salvation. Paul and Barnabus contended with them, and then felt the need to travel to Jerusalem to the apostles and elders for clarification. As they traveled through Phoenicia and Samaria, along the Via Maris (Way of the Sea), they spread the good news of the salvation of the Gentiles, and many rejoiced. Once they arrived in Jerusalem, however, they met opposition from a sect of the Pharisees, who felt it necessary to circumcise the Gentiles. This would lead to what is now called the Jerusalem Council, one of the very first official meetings of the leadership of the Christian church to discuss doctrine and adjudicate conflict.

What is to be gained from this story of the second half of Paul’s first missionary journey? It is imperative to recognize a few things. First, Paul was very defensive over the converts to the faith from among the Gentiles. Although he preached to the Jews in the synagogue first, he would then preach to the Gentiles in the marketplace as well. Feeling a calling to the Gentiles, he was compassionate upon them and defensive of them. Second, and more importantly, Paul showed a passionate tenacity for the work to which God had called him. He would not even be stopped by stoning! Whether Paul died and was prayed back to life by his friends, or whether God raised him up independently, or whether he just was knocked out and regained his consciousness, a miracle occurred. If you are stoned with many stones and appear dead, you are probably dead. But Paul got up. Paul kept preaching. Paul moved on. Never stop, never give up. Keep going in God’s calling and purpose, and He will go with you!