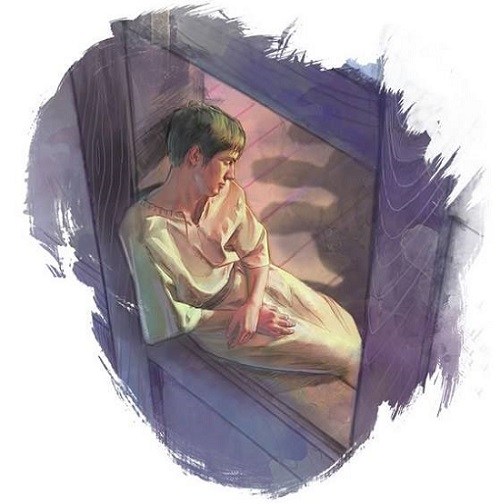 Raising the Dead in Troas

Paul worked to redeem the time while he had the disciples present in Troas. He preached until midnight, using oil lamps to light the room and continue the service.
A young man, disciple of Christ, named Eutychus, sat in a window, taking in the teaching of Paul. However, the lateness of the hour got the best of him, and he fell asleep, falling from the window from three stories up. They felt that he was dead for sure, and he was. However, Paul prayed over him and believed for a miracle, and the young man lived again. Everyone was comforted, had something to eat, and Paul continued talking to the church until the sun came up. What a powerful experience, to see a person come back to life after dying from a freak accident! God was working through Paul by signs and wonders, and this was just another example of God showing up in a time of need when a person of faith believes.

13 Then we went ahead to the ship and sailed to Assos, there intending to take Paul on board; for so he had given orders, intending himself to go on foot. 14 And when he met us at Assos, we took him on board and came to Mitylene. 15 We sailed from there, and the next day came opposite Chios. The following day we arrived at Samos and stayed at Trogyllium. The next day we came to Miletus. 16 For Paul had decided to sail past Ephesus, so that he would not have to spend time in Asia; for he was hurrying to be at Jerusalem, if possible, on the Day of Pentecost.

Paul left Troas, walking to Assos, and then joined his team there on a ship that traveled through several port cities along the coast of Mysia and Asia Minor. He bypassed Ephesus in order to save time, as he wanted to make it to Jerusalem before the next feast, Pentecost. Why the trail he followed to return toward Jerusalem may not be exciting reading, it shows the distance and reach of the gospel and the work of the Holy Spirit in the ministry of Paul. Paul, almost single-handedly, lead the charge of the gospel throughout foreign lands and made it possible for the message of Christ to save perhaps thousands of Jews and Gentiles during his missionary journeys. God, send us pioneers of faith today like Paul. Help us to see the gospel circle the globe in order to fulfill the Great Commission. Wherever people are, they need Jesus. Lord, raise the dead, heal the sick, save the lost, and do it through us!