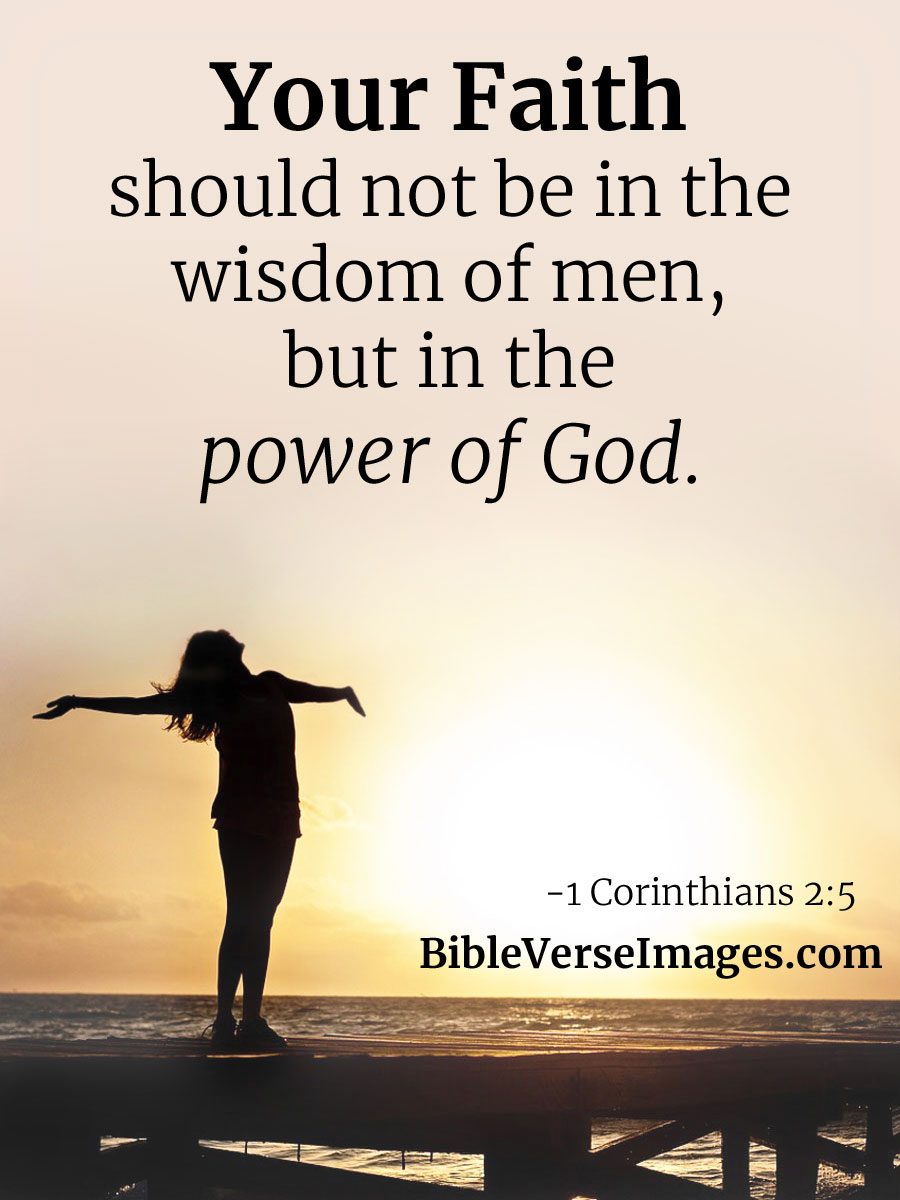 In this passage, Paul lays out the plan of God in relationship to Whom the glory should belong. While there have been mighty, noble, men in the salvation history of the Bible, many of them were not from such beginnings. God raised up Moses, who would have been murdered by Pharaoh as an infant, to lead Israel. God anointed David–a lowly shepherd–to be king of Israel. The very Savior of the world was born in a manger, suspected of being an illegitimate child. God shows us that He does not need our qualifications to complete His work. He can take the lowly and enable them to perform His will. We must simply humble ourselves before God and give Him the glory.

1 And I, brethren, when I came to you, did not come with excellence of speech or of wisdom declaring to you the testimony of God. 2 For I determined not to know anything among you except Jesus Christ and Him crucified. 3 I was with you in weakness, in fear, and in much trembling. 4 And my speech and my preaching were not with persuasive words of human wisdom, but in demonstration of the Spirit and of power, 5 that your faith should not be in the wisdom of men but in the power of God.

Paul continues this line of thinking by pointing out his own weaknesses. Paul was highly successful in the Jewish tradition, even persecuting the followers of Christ, but God humbled him on the road to Damascus. From this place of comeuppance, Paul remained humble before God and served Him faithfully. He had physical weaknesses, as evidenced by his discussion of a thorn in the flesh, and was not an especially handsome man according to tradition. Yet God used him mightily to spread the gospel practically worldwide. He did not use his education or his skills of rhetoric to convince people to believe in Christ. Instead, he demonstrated the power of God through answered prayers and through wondrous miracles. He wanted the genuine faith of his disciples and followers to be based on God’s power, not Paul’s salesmanship. Let God be real in your life. Let Him be the story, not yourself. Let His light shine through you, and those around you will believe on Him and not just buy your sales pitch. Much more truth is caught than taught. Demonstrate the power of God in your life.