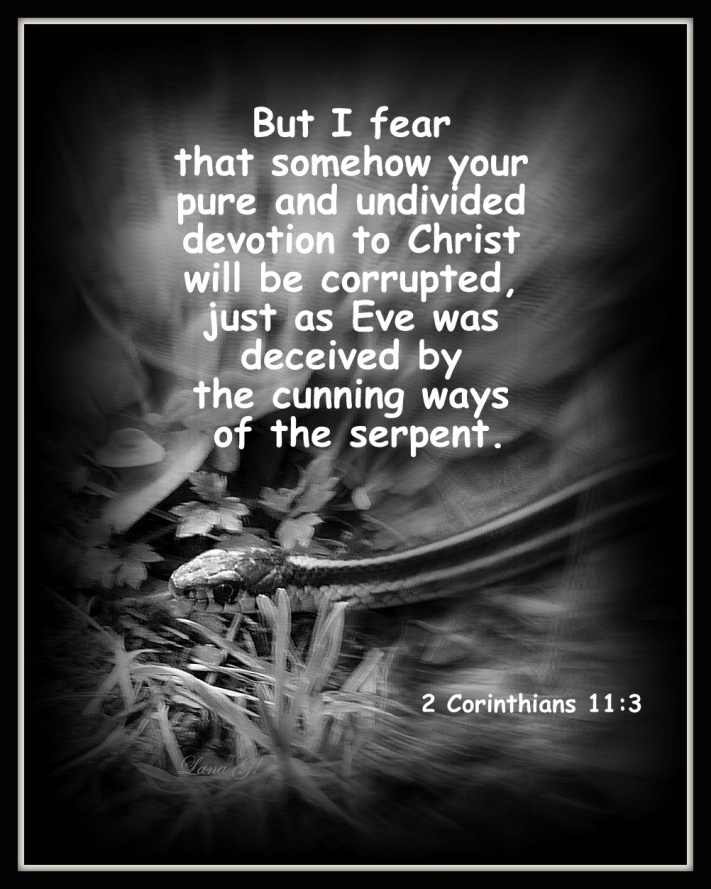 My Record Speaks for Itself

1 Oh, that you would bear with me in a little folly—and indeed you do bear with me. 2 For I am jealous for you with godly jealousy. For I have betrothed you to one husband, that I may present you as a chaste virgin to Christ. 3 But I fear, lest somehow, as the serpent deceived Eve by his craftiness, so your minds may be corrupted from the simplicity that is in Christ. 4 For if he who comes preaches another Jesus whom we have not preached, or if you receive a different spirit which you have not received, or a different gospel which you have not accepted—you may well put up with it!

After Paul’s previous discussion of not comparing one’s self to others in ministry, Paul then asks for some leniency for himself. He wants to address the criticism leveled against him by speaking of his record with them. He does not enter into a contest or comparison with other ministers, some of whom have criticized him in order to elevate their own status. Instead, he wants to re-establish himself as the selfless leader who helped them find salvation through Christ. In the following part of the passage, we see that record unfold.

5 For I consider that I am not at all inferior to the most eminent apostles. 6 Even though I am untrained in speech, yet I am not in knowledge. But we have been thoroughly manifested among you in all things.
7 Did I commit sin in humbling myself that you might be exalted, because I preached the gospel of God to you free of charge? 8 I robbed other churches, taking wages from them to minister to you. 9 And when I was present with you, and in need, I was a burden to no one, for what I lacked the brethren who came from Macedonia supplied. And in everything I kept myself from being burdensome to you, and so I will keep myself. 10 As the truth of Christ is in me, no one shall stop me from this boasting in the regions of Achaia. 11 Why? Because I do not love you? God knows!
12 But what I do, I will also continue to do, that I may cut off the opportunity from those who desire an opportunity to be regarded just as we are in the things of which they boast. 13 For such are false apostles, deceitful workers, transforming themselves into apostles of Christ. 14 And no wonder! For Satan himself transforms himself into an angel of light. 15 Therefore it is no great thing if his ministers also transform themselves into ministers of righteousness, whose end will be according to their works.

Paul numbers himself among the eminent apostles, and does not seek to compare himself even with those who have criticized him. He is not commended by his own circle of friends, but by God Himself. He has great knowledge, has humbled himself before Corinth, and has not asked for payment for his work among them. His time with Corinth was financed by the Macedonians and others who supported his ministry. He intends to continue this practice, so that the others who criticize him will not have a basis upon which to judge Paul. He calls them out as false prophets, seeking to elevate themselves, just as Satan attempted in heaven, and was cast out of heaven for his prideful acts. He stills attempts to appear as an angel of light to men and women today. Therefore, his ministers will attempt to do the same, but will find the same end as Satan. Do not get caught up in accolades and adulation. They do not have eternal significance. Please God, and let your record speak for itself!