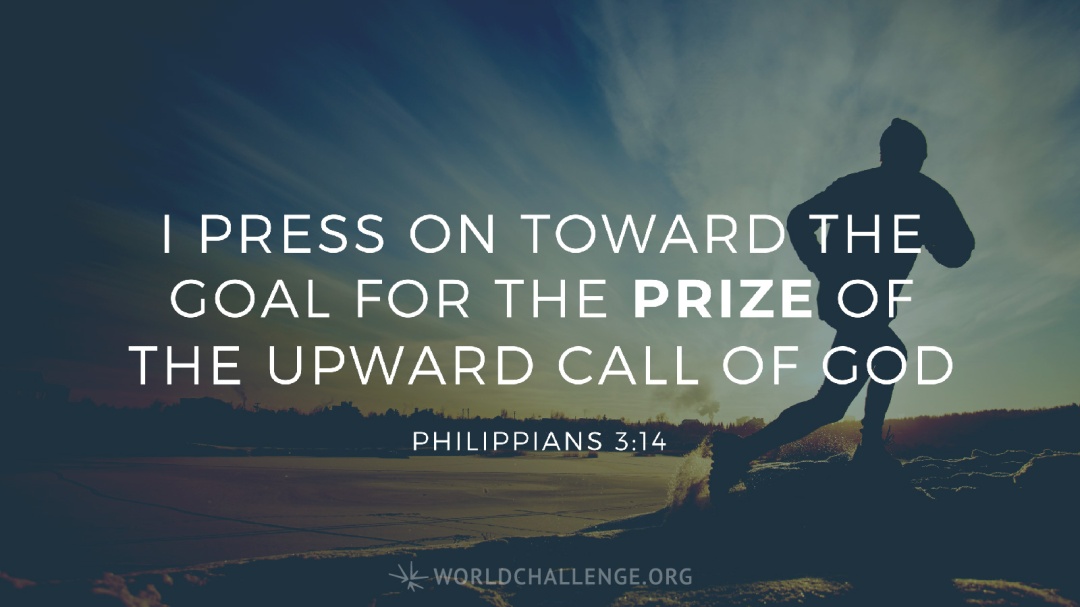 Pressing Toward the Goal

12 Not that I have already attained, or am already perfected; but I press on, that I may lay hold of that for which Christ Jesus has also laid hold of me. 13 Brethren, I do not count myself to have apprehended; but one thing I do, forgetting those things which are behind and reaching forward to those things which are ahead, 14 I press toward the goal for the prize of the upward call of God in Christ Jesus.

Paul addresses a very real need in the lives of the Philippians in this passage. While this first part could be read in the hearing of any Christian and be helpful, the next section will clarify the reason it was included in this particular letter. Paul wrote this because some had erroneously and arrogantly presumed themselves to have attained perfection in their walk with God, and had spoken of such to those around them. This false spiritual superiority leads to complacency and carelessness in one’s spiritual life. Thinking you have arrived at a pinnacle of spiritual excellence is dangerous, for you look down on others, you expect special attention or treatment, and you are unwilling to hear from others you may consider inferior. Paul, here, makes it clear that he does not feel that he has attained that spiritual perfection. He had not “arrived.” Instead he sees the very real need to press on.

There is speculation as to what object Paul refers when he says “I have not already attained.” What has he not attained? Scholars think he meant the full and complete knowledge of Christ, which is too immense for humanity to grasp completely. He is perhaps responding to the Gnostic thought that was a competing idea in the church and society. Gnostics felt that they had the ability to know everything about anything, and therefore elevated themselves in their own minds to think they were superior. Paul reiterates the need to continue growing in the knowledge of the Lord Jesus Christ by admitting that he had not learned all there is to know about Christ, so therefore he pressed on. He wants to lay hold of it. He wants to acquire this knowledge of the Savior, but it is a process more so than a destination. In verse thirteen he says again that he has not laid hold of all that Christ intended for him when He saved Paul. However, Paul does determine to hone his focus on Christ. In order to achieve this state of heightened knowledge and intimacy with Christ, he must forget what is behind and reach forward to the things which are ahead. As with many Christians even today, living in the past can keep you stuck there. Remembering your failings and your shortcomings will stop you short of the goal you wish to achieve. In Paul’s case, he longed to know Christ so fully that the evil he had done and even the successes he had achieved were weights and anchors that could hold him back. Therefore, Paul forgot the past and reached forward forcefully toward the future.

His quest to answer the call of God and know Christ became Paul’s primary focus. He used a Greek athletic imagery in the next words he used. “I press toward the mark” can easily be translated as “I keep running toward the goal-marker.” The Greeks participated in olympic competitions, and running was a primary staple of these competitions. There had to be a goal in site so that the runners would know the direction in which to run. Paul’s goal is clear and his effort to reach it is his passion. He lives in what theologians call the “already” and the “not yet.” Paul is in the race. He is a runner, yet he has not reached his goal. He is saved, but he has not finished his course on earth. The goal can be heaven, and the goal can be spiritual maturity along the way leading to that translation into heaven. Paul will not stop running. Paul will not quit. Paul runs to achieve the goal of answering the call of God. That is the great prize for Paul.

15 Therefore let us, as many as are mature, have this mind; and if in anything you think otherwise, God will reveal even this to you. 16 Nevertheless, to the degree that we have already attained, let us walk by the same rule, let us be of the same mind.

In this short passage, Paul revisits the arrogance of Gnostic thought by sarcastically tossing a little grenade into their camp. Those who are “perfect (mature),” have this thought of attainment that Paul describes. If you think your work is done and you have obtained spiritual perfection, think again. God will reveal your incompleteness if you will listen for His voice. Paul calls those who have collected their merit badge of perfection to rejoin him in his quest for the fullness of the knowledge of Christ. It is a lifelong journey, not a trophy to be won. Press on, and don’t stop pressing. If you grow weary, partner with men or women that you trust and keep pressing. To stop pressing is to quit or to die. Press on, brother! Press on, sister! The road is steep and narrow on the mountainous ascent to heaven, but the view from the top is amazing.