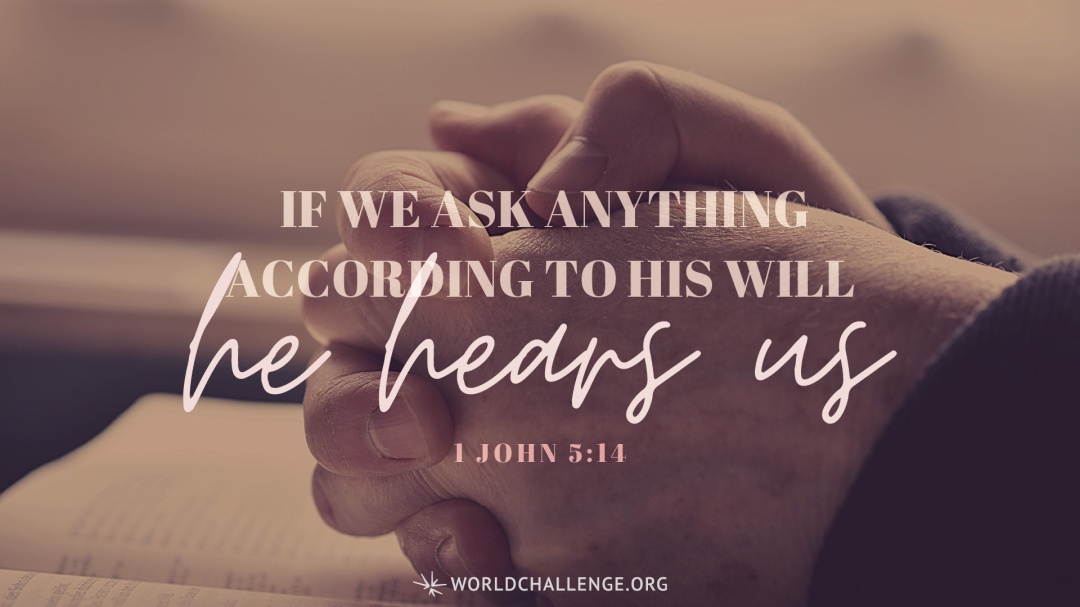 This is Our Confidence

The last passage talked about the great blessing of eternal life that comes from knowing the Son of God. John moves here into the confidence that comes from the relationship with Christ. He then admonishes the readers to shun idol worship.

John speaks in lofty terms of “the confidence that we have in Him,” which leads to our privilege of asking according to His will and being heard by God. He leads further into the progression of this privilege, saying that if we know that He hears us, then we can trust that we can have the things for which we ask God. John then moves into a discussion of the Christian’s responsibility if he observes a brother or sister sinning. If a Christian finds another Christian involved in sin, especially a “sin not leading to death,” that the first Christian should ask of God to give the second Christian life, or forgiveness, for that sin. This distinction between a sin not leading to death and a sin leading to death may refer to many things, but the best interpretation given by scholars is described in the following excerpt:

…the problem of postbaptismal sin was one which apparently needed to be faced in the early Church; and such texts as Heb 6:4–6; 10:26–31 (cf. 12:16–17); Herm. Sim. 6:1–4, indicate that the fact of believers falling away entirely from the faith was not unknown. Similarly, John’s warning against sin, and the failure to maintain orthodox faith (2:24; 2 John 8–9), shows that while he expected his readers to walk in the light as sons of God (1:7; vv 18–19), he did not ignore the possibility that some believing but heretically inclined members of his community might become apostate. See also comment (c) above. We conclude that John attributes the possibility of “sin which does not lead to death” to believers, but “mortal sin” to unbelievers who are, or believers who have become, antichristian (cf. Bultmann, 86–87).

To summarize, the believer who is doing their best to follow God and are living in relationship with Him may occasionally sin, but they do not live in the practice of sin, or habitual sin. Those who engage in sin on an ongoing basis, so that it becomes habit and heresy, are falling into apostasy and backsliding. Be cautious with your lifestyle. Do not be drawn into habits or lifestyle choices that sear your conscience and lead you to expulsion from the church or that damages or ends your relationship with God.

18 We know that whoever is born of God does not sin; but he who has been born of God keeps himself, and the wicked one does not touch him.
19 We know that we are of God, and the whole world lies under the sway of the wicked one.
20 And we know that the Son of God has come and has given us an understanding, that we may know Him who is true; and we are in Him who is true, in His Son Jesus Christ. This is the true God and eternal life.
21 Little children, keep yourselves from idols. Amen.

This next discussion by John is thought-provoking in its most literal understanding, “whoever is born of God does not sin.” This flies in the face of much of today’s hyper-grace teaching, and also contradicts the forgiveness of “all sin, past, present, and future” which some purport happens at the moment of new birth. This assertion by John points to the possibility of the believer living a sinless life. While this is an ideal, and does not necessarily happen in the real world, it is here lifted up as the standard by which Christians should live. To settle for a sin-riddled life after salvation is not only an affront to God’s ability, through His grace, to keep us from sin, but also an affront to the very grace that saved us from our sins and transformed us into a man or woman of God. The believer should show the signs of change once the old man has been laid to rest and the new man comes alive in Christ. Salvation without transformation is not possible. While young Christians should be expected to have some growing pains, it is not acceptable that Christians who should be mature continue to falter and stumble throughout their lives as Christians. Perfection or sinlessness should not be a false claim or a sense of pride. Living a life free from sin should be the real goal of a humble, submitted heart. If you are born of God, God keeps you, and you are protected from the wicked one. Live in that protection and be free from sin. IF you do sin, get it straight with God and don’t keep sinning. But let the IF be the exception and not the rule.

The distinction drawn by John between those who are of God and those under the sway of the wicked one (the whole world) necessitates that Christians live in the understanding provided by the Son of God, that we may know Him, and that we may live in Him Who is true, namely Jesus Christ. He is the true God and the provider of eternal life. Therefore, keep yourselves from idols and the sinful systems of thought and action thrust upon the world by the wicked one. When Christians are proactive in prayer and study of the true Word of God, then they will be able to live without sin. The occasional sins that may be committed are the exceptions rather than the rule, and they can be forgiven by God as a momentary miscue. However, the danger that faces the Christian who begins to entertain the worldly thoughts dangled before them is that they can fall into habitual sin or a lifestyle of sin, and then fall away from God, which leads to death. While sinners are in the same danger of judgment, it is worse for the believer who falls from grace and turns their face from the truth which they have received in salvation. They know better, and they will be held even more responsible for their habitual sins. Fight against the temptations that come your way. Fight to stay close to God by knowing His word and living in relationship with Him through prayer. This is essential, and the way to walk holy, sinless, and in the will of God. This is the confidence we have in Him, that if we walk with Him daily, He will perform His will in our lives and we will walk a holy walk, leading to His glory.