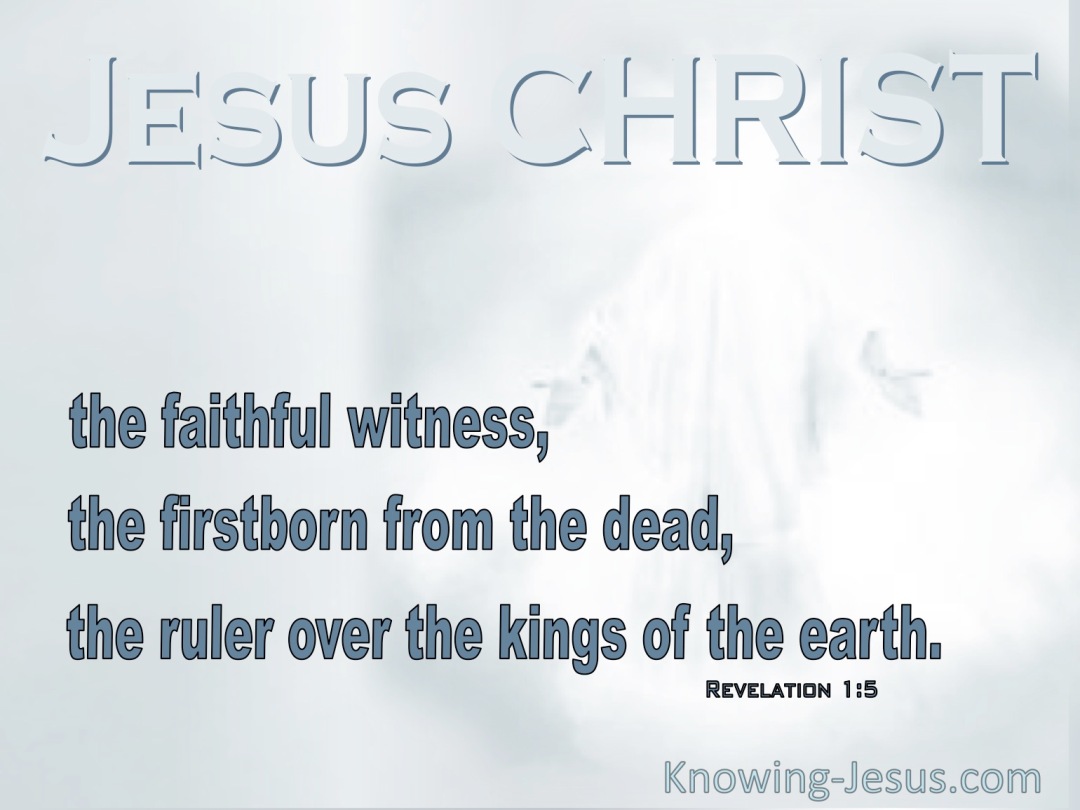 John the Revelator introduces this book as the eschatological tome of Jesus Christ. This revelation, meant for His servants, reveals what will come shortly in the end times. His expresive communication of his visions and views into the end of the world are cryptic, apocalyptic, and, frankly, at times unclear. However, this is the view into the future that Jesus intended for His church to see.

1 The Revelation of Jesus Christ, which God gave Him to show His servants—things which must shortly take place. And He sent and signified it by His angel to His servant John, 2 who bore witness to the word of God, and to the testimony of Jesus Christ, to all things that he saw. 3 Blessed is he who reads and those who hear the words of this prophecy, and keep those things which are written in it; for the time is near.

As John begins this writing, he gives credit to Jesus Christ for the revelation. This revelation is given to John for the purpose of showing the people of God later events surrounding His coming. Jesus sent His angel to deliver the revelation to John, an eyewitness of the life and times of Jesus Christ. Reading this book bring blessings to those who keep its words. The time of their fulfillment is near.

4 John, to the seven churches which are in Asia:

Grace to you and peace from Him who is and who was and who is to come, and from the seven Spirits who are before His throne, 5 and from Jesus Christ, the faithful witness, the firstborn from the dead, and the ruler over the kings of the earth.
To Him who loved us and washed us from our sins in His own blood, 6 and has made us kings and priests to His God and Father, to Him be glory and dominion forever and ever. Amen.
7 Behold, He is coming with clouds, and every eye will see Him, even they who pierced Him. And all the tribes of the earth will mourn because of Him. Even so, Amen.
8 “I am the Alpha and the Omega, the Beginning and the End,” says the Lord, “who is and who was and who is to come, the Almighty.”

John then shifts to a greeting to the “seven churches which are in Asia.” This greeting is meant for seven actual cities in Asia Minor, part of Paul’s missionary alliance, who were active and operating in the time of John. They will each be named in chapters two and three, but are grouped together here in the greeting. He sends grace and peace from God, the eternal one, and from the seven Spirits who are before His throne, and from Jesus Christ, faithful, firstborn, and ruler over the kings of the earth. Jesus witness is faithful at all times and in all places. Jesus is true and accurate in all that He says or does. John directs homage to Him who loved us and forgave us by the washing of our sins by His blood. Believers have an elevated existence, thought of as priests and kings to God, giving Him glory and dominion at all times and for eternity. John declares that He will be coming with clouds, so that everyone may see Him, even those who pierced Him. All the people of the earth will mourn because of Him. John then quotes the statement of the Lord, stating that He is the Alpha and Omega, the Beginning and the End, who is and who was and who is to come, the Almighty. This speaks to His immensity, greater than any, of his eternity, both beginning and end, of His omnipresence, present at all times and in all places, and His omnipotence, mightier than any! What a powerful opening to this book, and what a powerful picture of Jesus Christ and His greatness.