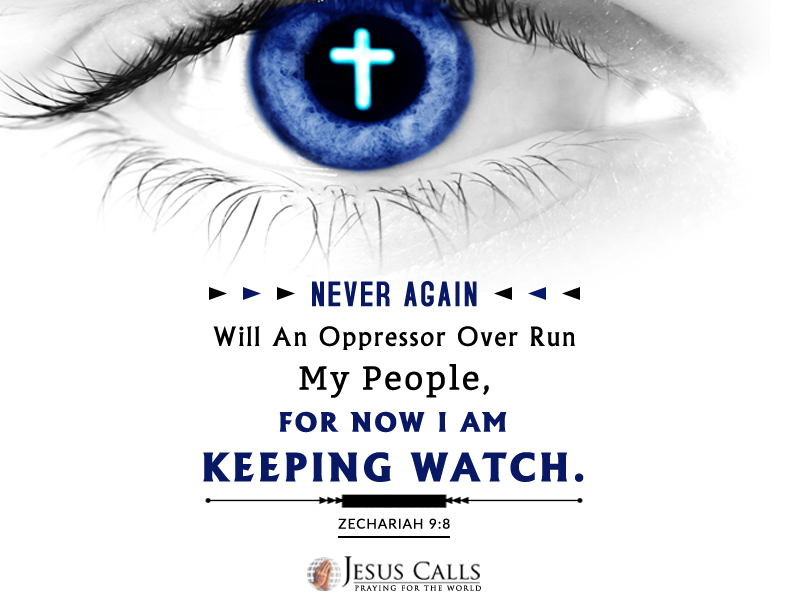 God is With You

Against the land of Hadrach,

And Damascus its resting place

(For the eyes of men

And all the tribes of Israel

Are on the Lord);

2 Also against Hamath, which borders on it,

And against Tyre and Sidon, though they are very wise.

3 For Tyre built herself a tower,

4 Behold, the Lord will cast her out;

He will destroy her power in the sea,

And she will be devoured by fire.

5 Ashkelon shall see it and fear;

Gaza also shall be very sorrowful;

And Ekron, for He dried up her expectation.

The king shall perish from Gaza,

And Ashkelon shall not be inhabited.

6 “A mixed race shall settle in Ashdod,

And I will cut off the pride of the Philistines.

7 I will take away the blood from his mouth,

And the abominations from between his teeth.

But he who remains, even he shall be for our God,

8 I will camp around My house

Because of the army,

Because of him who passes by and him who returns.

No more shall an oppressor pass through them,

For now I have seen with My eyes.

The message of Zechariah moves here from one of blessing upon Judah and Israel to one of protection of His people against their enemies.  This chapter begins what some believe to be a section of Zechariah that was written later than the first eight chapters.  While protection is a blessing, this particular blessing includes curses against specific nations who will attempt to come against Israel.  He curses Syria, Phoenicia, and Philistia.  He states that He will turn Israel’s enemies into their allies in the process.  The Lord will camp around His house and will stop the work of the oppressor.