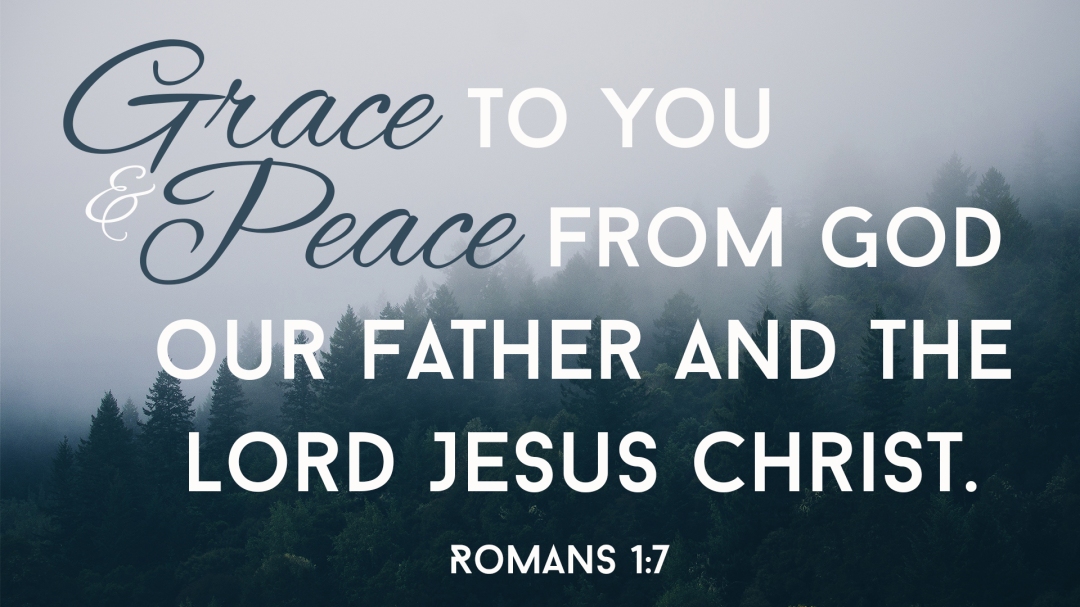 Hi! My Name is Paul

1 Paul, a bondservant of Jesus Christ, called to be an apostle, separated to the gospel of God 2 which He promised before through His prophets in the Holy Scriptures, 3 concerning His Son Jesus Christ our Lord, who was born of the seed of David according to the flesh, 4 and declared to be the Son of God with power according to the Spirit of holiness, by the resurrection from the dead. 5 Through Him we have received grace and apostleship for obedience to the faith among all nations for His name, 6 among whom you also are the called of Jesus Christ;

7 To all who are in Rome, beloved of God, called to be saints:

Grace to you and peace from God our Father and the Lord Jesus Christ.

We are all familiar with the kitschy name tags that are used in social settings like mixers, where people are tasked with getting to know one another. This introduction to Romans serves the same purpose. It is an icebreaker, a way for Paul to introduce himself to a church he has never visited and people he has never met. His introductory greeting contains some very important key elements. First, he identifies himself as a slave (bondservant) of Christ and then reveals his calling as an apostle (v. 1). This is the first piece of a frame to the entire introduction that then closes the frame as Paul identifies the Roman Christians as the beloved of God and reveals their calling as saints (v. 7).

Also, Paul makes his identity completely about humility, calling, and responding to that call as a set-apart minister. He was summoned by God to be a voice to the Gentiles, and is fulfilling that calling with everything that is within him. He is an apostle. He is a slave. He was called to both. He is not just a proud Roman citizen, but a citizen of a heavenly land, to which his allegiance is unflagging. Paul then inserts a brief Bible review of the prophetic significance of Jesus’ life and ministry, and how He truly fulfills the Messianic role spoken of by Isaiah and other prophets. This truth is fundamental to Paul’s theology and ministry. He calls Jesus the Son of David and the Son of God, further establishing Jesus as the Messiah. Verses 5-6 then show how the work of Christ affords Paul his calling and ministry, and how it brings the Roman congregation into fellowship with God through Christ. He finally announces his blessing upon the newly-identified beloved saints, called by God, in Rome.

In short, in this opening address Paul reveals something of himself and his supreme passion, as well as some strong hints about what is to follow—a life characterized in terms of service and apostleship, an apostleship defined and determined by the gospel it proclaimed, a gospel whose outline in its focus on Jesus Christ and fulfillment of Jewish expectations was not in dispute but whose interpretation in reference to the Gentiles was more controversial, an interpretation holding together Jewish heritage and Gentile outreach already beginning to emerge as a strong theme of the letter itself.

Paul is helping the Roman Christians understand from whence they came and helping them understand the role and responsibility they have as saints of God. This will be a letter that will help them move forward in their walk with God and also help the church in Rome make a greater difference in the harvest field of the Gentile world. Let’s take a note and learn a lesson from this introduction of Paul in the Letter to the Romans.