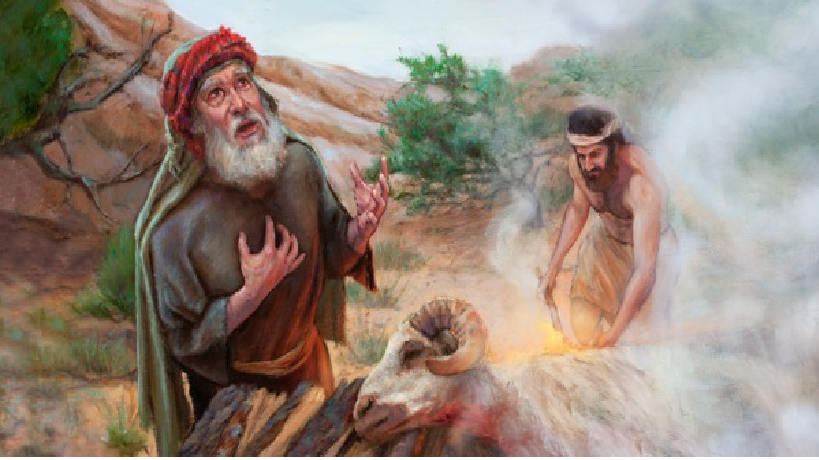 1 What then shall we say that Abraham our father has found according to the flesh? 2 For if Abraham was justified by works, he has something to boast about, but not before God. 3 For what does the Scripture say? “Abraham believed God, and it was accounted to him for righteousness.” 4 Now to him who works, the wages are not counted as grace but as debt.

5 But to him who does not work but believes on Him who justifies the ungodly, his faith is accounted for righteousness, 6 just as David also describes the blessedness of the man to whom God imputes righteousness apart from works:

7 “Blessed are those whose lawless deeds are forgiven,
And whose sins are covered;
8 Blessed is the man to whom the LORD shall not impute sin.”

Abraham was known as a man of faith. He is in the “Hall of Faith” in Hebrews 11. He is known as the first patriarch of the Israelites, named in the litany, “the God of Abraham, Isaac, and Jacob.” In this passage, Paul explains that Abraham believed, and it was accounted to him for righteousness. In other words, he had faith and was found righteous because of it. It was not just his works, but rather it was his faith that justified him in the eyes of God. David, another old testament hero, spoke of faith in terms of forgiveness by grace through faith.

Paul further explains that Abraham was credited with faith even before his circumcision, not after. Circumcision was simply a sign or seal of his faith, not the cause of source of his faith. Therefore, Abraham was “saved” by faith, and anyone who has faith can be saved as well. When we think of Abraham, we can truly call him father, because his salvation by faith was the move that began a lineage that still lives on today. Abraham showed us how to have faith, circumcision or not, and we live on in that tradition today. Circumcision was Abraham’s sign of covenant with Yahweh. Our sign to the world of our faith should be the transformed life it evokes as we walk on the face of this earth.